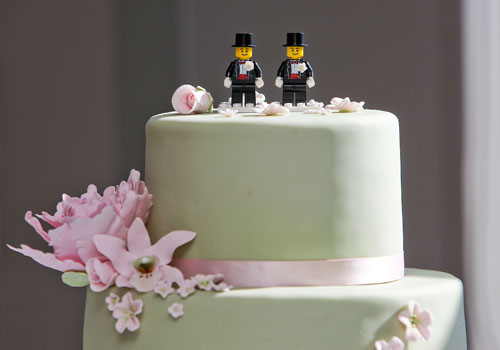 New Zealand is proudly the first Asia-Pacific country to legalise same-sex marriage. And Australia still hasn’t done anything about it sadly.

Paul McCarthy and Trent Kandler from Newcastle NSW became the first Australian same-sex couple to marry in New Zealand’s national museum, Te Papa Tongarewa. Winning a Tourism New Zealand holiday competition against 300 other couples to be amongst the first to wed, Trent said, “I am in awe that we have this opportunity to finally make our dream a reality. I am so proud to stand together as a couple today. Ready to become united in marriage and to spend the rest of our days together. With love, friendship and our steadfast belief in each other.” Just beautiful. I love the lego men cake toppers!!! 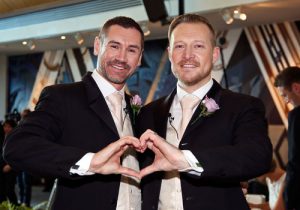 Here’s how the rest of the world is progressing with recognising same-sex marriages: