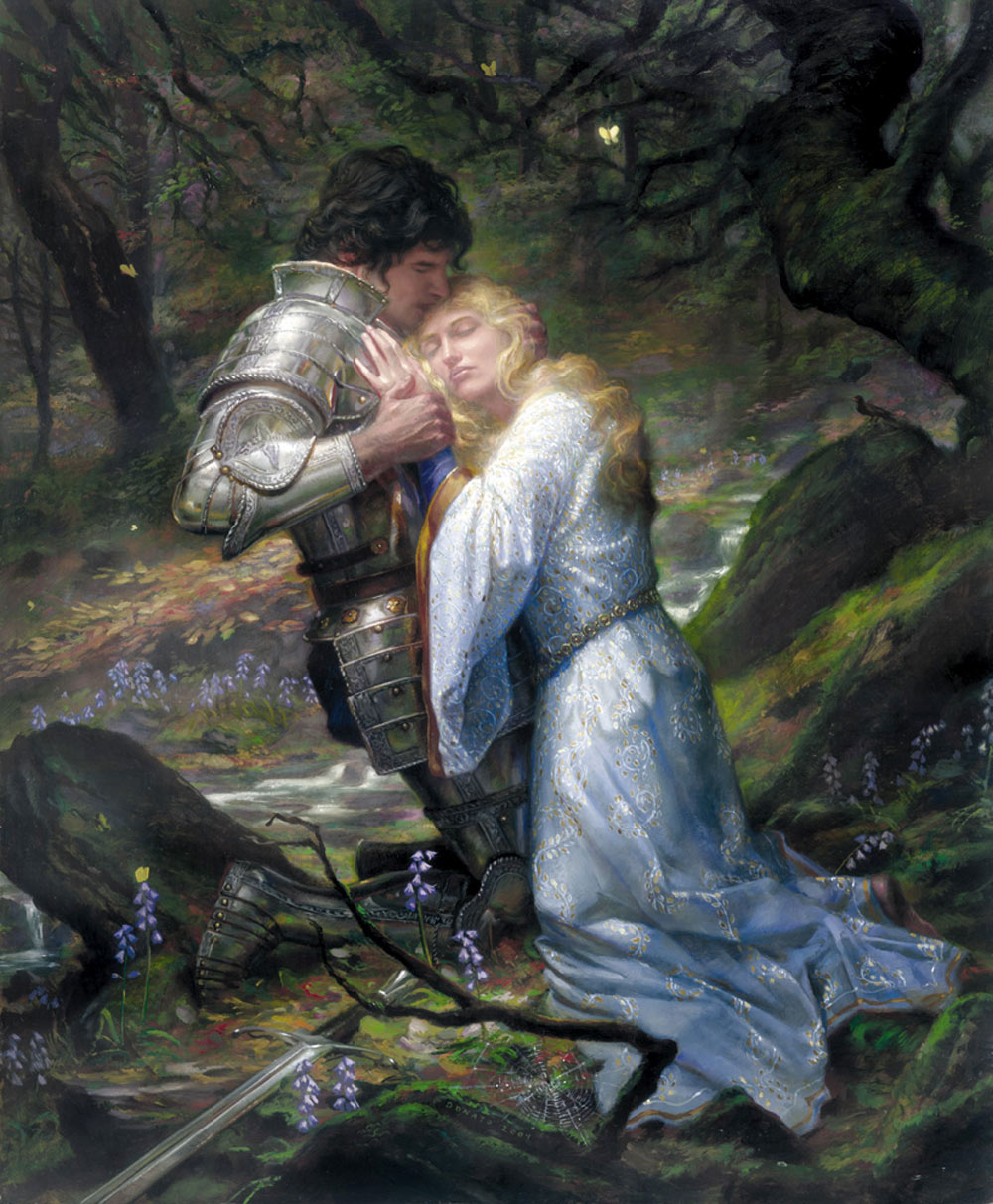 The tragic love story of Sir Lancelot and Queen Guinevere is probably one of the best-known stories of Arthurian Legend. Lancelot fell in love with Queen Guinevere, King Arthur’s wife and as much as Guinevere resisted her love and passion overpowered her and the pair became lovers. One night, their secret affair was discovered – Sir Lancelot made a fighting escape, but poor Guinevere was not so lucky. She was seized and condemned to burn to death for her adultery. Fear not. Sir Lancelot returned several days later to rescue his beloved Guinevere from the fire. This whole sad affair divided the Knights of the Round Table and weakened Arthur’s kingdom. Poor Lancelot ended his days as a lowly hermit and Guinevere became a nun at Amesbury where she died.