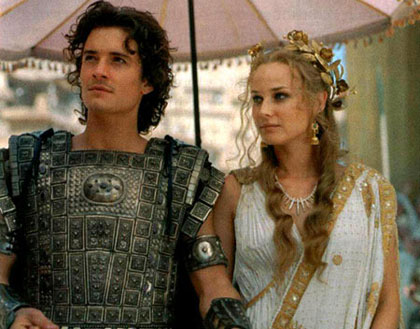 Helen of Sparta was perhaps the most inspired character in all literature, ancient or modern. A whole war, one which lasted for ten years, was fought over her. In Greek mythology Helen of Troy also known as Helen of Sparta, or simply Helen, was the daughter of Zeus and Leda. In Greek myths, she was considered the most beautiful woman in the world. By marriage she was Queen of Laconia, a province within Homeric Greece, the wife of King Menelaus. However, Paris, son of King Priam of Troy, fell in love with Helen and they launched an affair where she run away to Troy with him, starting the major war.