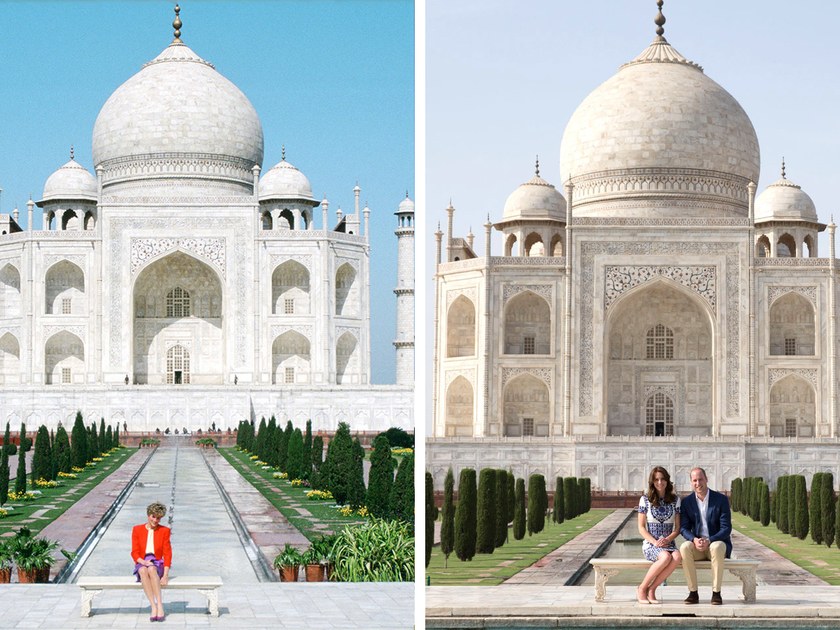 I think everyone recently saw the pics of the Duke and Duchess of Cambridge, Wills and Kate, visiting the awe-inspiring Taj Mahal in India. For those of us of a certain age you will also remember Williams Mum, Princess Di, posing for the very same photo.

I think this monument is the greatest in the name of love and thinking about it, it’s a bit sad that Princess Di made the visit there alone. Having made the pilgrimage to the Taj Mahal myself and having sat on that very same marble bench I can tell you it is breathtaking.

This is the story behind the Taj Mahal… In 1612, a teenage girl, Arjumand Banu, married 15-year-old Shah Jahan, ruler of the Mughal Empire. Renamed Mumtaz Mahal, she bore Shah Jahan 14 children and became his favorite wife. After Mumtaz died in 1629, the grieving emperor resolved to create a fitting monument. It took 20,000 workers and 1,000 elephants nearly 20 years to complete this monument – the Taj Mahal. Shah Jahan was never able to complete a black marble mausoleum he planned for himself. Deposed by his son, Shah Jahan was imprisoned in the Red Fort of Agra, and spent lonely hours staring across the Jamuna River at the monument to his beloved queen. He was eventually buried beside her in the Taj Mahal. 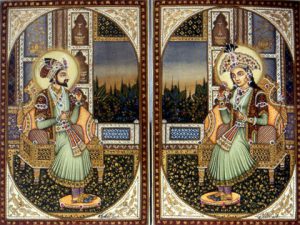